Don’t start cleaning out the garage just yet.

Recently Elon Musk unveiled Tesla’s new energy product called the Powerwall. It’s been touted as a breakthrough battery technology that can not only transform the way we use electricity at home but eventually lead to a sustainable, planet friendly power storage network, eliminating petroleum or coal based electricity production. 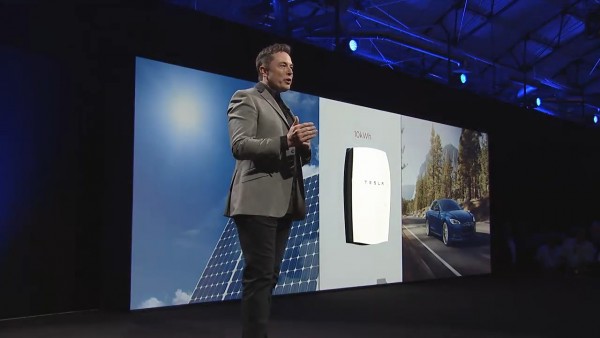 The bar was set high given the success of Tesla Motor’s electric automobiles and their reputation for high-performance, innovation, and long range between charges. Although the price tag is out of reach for most car buyers, few can dispute that Tesla is the most advanced and successful of all manufacturers of non-combustion electric vehicles.

No doubt it is a strategic move by Musk to create an even larger market for his lithium ion batteries soon to be churning out of his new Gigafactory in the Nevada desert sometime between now and 2020.

What’s the problem needing a solution?

According to Musk, we’ve got all the energy we need coming from the sun, but it only shines during the day making it a great, but intermittent, fuel source. If we can store that energy effectively, we can use it anytime we need.

For practical use of solar, we must store power when it’s available during daylight hours.

But don’t we already have available battery storage solutions? Yes, but Musk argues they’re ugly, dirty, and take a good amount of space and maintenance.

Tesla foresees a future with not only Powerwalls installed in your home, but their industrial size Powerpacks being used for all sorts of applications such as stores, offices, big industry and even scaling to power small towns or even cities. 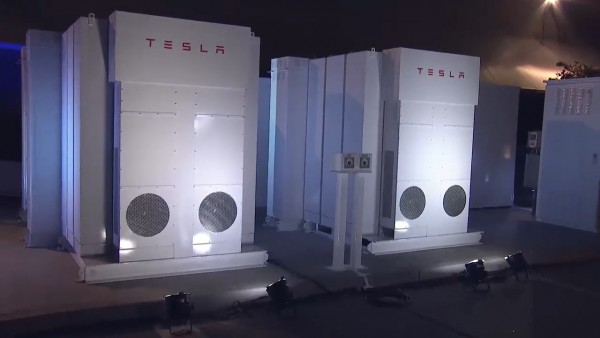 Musk claims we can replace all the power in the USA typically generated by petroleum based plants (gas, coal, etc.) with a relatively small area of solar panels. According to his presentation graphic, it looks to be about 80 miles square. This equates to 6400 square miles of solar panels. That’s a whole lot of solar panels!

Don’t confuse me with the details.

An important point that many people seem to overlook about Tesla’s announcement is the fact that the storage of power is only one piece of this energy puzzle. Tesla has made a storage solution stylish and possibly a little more practical than the more traditional battery banks, but does it really change things significantly?

Like all storage batteries, you’ll still need to charge them from a cost effective source of electricity. If you’re planning to utilize the sun as Musk suggests, many factors will need to be considered depending on where you live. Here are just a few:

As Tesla has big aspirations for their energy storage solution, what might the average residential customer expect?

Within the time constraints of a typical sunny day, you’ll need a sizable array of solar panels to reliably produce enough power to recharge a single Powerwall.

The initial media buzz is touting the Powerwall as a panacea for folks to finally have an opportunity to cut the cord with their power company, or at least experience savings on their monthly electric bill. 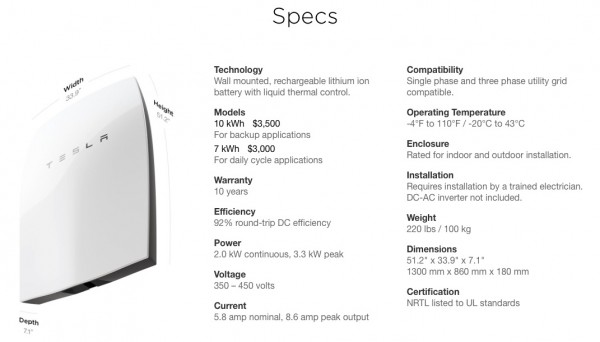 Let’s take a look at the storage capacity of the Powerwall. I think most people are looking for a strategy to substantially supplement or even replace their current electric supplier. What would it require for one to do so?

Tesla provides a handy example of what common appliances need to make them work.

A few things are notably missing from this example. Air conditioning, heating, hot water heater, stove, oven, iron, hair dryer and numerous other watt hungry devices that most of us use every day.

We can make things a little simpler by estimating the watt-hours used by the average household. According to the U.S. Energy Information Administration, the average American uses roughly 15,270 kWh per year. This breaks down to about 30 kWh per day.

Average daily household electric usage is much more than a Powerwall can store.

But wait… the Powerwall suitable for daily cycling has a capacity of only 7 kWh. No problem since Powerwalls can be stacked together. If our average family wants to become somewhat self reliant, they’ll need 5 Powerwalls for a total of 35 kWh capacity.

You still need a solar array large enough to provide power to charge the five Powerwall battery bank. Contemporary panels can be 300 watts each in optimal sun conditions. How many will we need to charge our wall of Powerwalls? If we can rely on 5 hours of good sunlight, we’ll need about 24 panels each measuring over 6 feet by 3 feet. That’s a lot of roof or yard area.

We’ve only estimated the panels and storage, there’s more equipment required for running your residence off a DC battery bank. An electronic device called an inverter is needed to convert DC power to the 60 cycle AC power used in our homes. Inverters need to be sized to handle peak loads when we’re using our household appliances. If you want to have air conditioning while your also making dinner and running a load of clothes, you’ll need a sizable inverter or multiple inverters for different circuits. There are other details when specifying an inverter, such as whether or not it can tie into the existing grid (if allowable by local laws or association rules in your area).

Other things that we’ve not paid much attention to: system design and configuration, wiring and installation of all the pieces and supporting equipment, location suitability, reliability of various components, maintenance and service, lifespan of components, etc.

And finally… what does all this cost?

Let’s put some numbers to it for the average household:

So from the start this appears to be a costly endeavor! From one solar expert I consulted, this thumbnail estimate is likely considerably low and could cost twice the amount I penciled together.

It seems Tesla and Musk will be catering to those affluent early adopters who don’t mind shelling out some serious dough to participate in this new “sustainable” world of battery powered everything. Maybe those satisfied Tesla automobile owners will pony-up and outfit their garages with fashionable Powerwalls.

Or maybe not… after they determine the battery in their roadster is likely 85kWh and would require over 12 Powerwalls just to equal the storage capacity. That’s right, a dozen Powerwalls to charge your Tesla car. And again, many more solar panels to keep them charged!

Nearly a dozen Powerwall units would be required to fill your empty Tesla automobile.

There is a silver lining to all this.

Although Elon Musk and his Tesla Powerwall may not be the savior from big oil and the electric meter on the side of your home, there is a light shining from the end of the tunnel.

The real Tesla, Nikola Tesla, would have no problems sorting out this quagmire we find ourselves in. He and many of his contemporaries like John Keely, Nathan Stubblefield, and others, solved the power problem many years ago. There is virtually endless energy available in all of space.

Batteries aren’t included… because they won’t be needed.

The machines and devices to tap this energy have already been invented. Some are in use right now, but have been only allowed to exist in the most secretive places. More and more people are starting to wakeup to this fact everyday. They are also realizing the big governments, corporations and long time institutions have been replete with corruption and lies.

Once the public becomes conscious and aware, a tipping point will determine the timing of new energy tech that will transform the old paradigm of power transmission lines and petrol transportation.

I think I’ll skip purchasing this dolled-up D-cell and do what I can to speed things along to manifest what Nikola Tesla really had in mind.

Stay tuned for a follow-up article in the coming weeks that will provide news of encouraging technology that can lead to a real solution to this problem!