We can use your help! 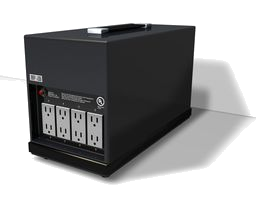 We seek to revolutionize the way the world produces electric power by providing new technologies to the public. Technologies that do not require fuel, yet deliver conventional electric power. Gasoline, coal, natural gas, sunlight, wind, and common energy sources are not needed.

They can provide continuous electric power on site for pennies on the dollar compared to centralized energy distribution. We need contributions to build a small demonstration unit.

What will these funds be used for?

Want to see it in action! 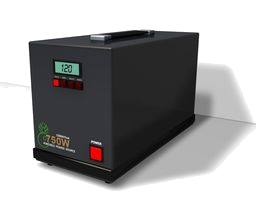 The demonstration unit being planned now can be taken anywhere and shown in public venues throughout the world. We look forward to the day when quantum energy devices will help people enjoy life without a monthly electric bill and recurring fuel costs It can happen sooner than you think!
The prototype model will be presented for independent verifications from electrical engineers and for producing viral videos of these technologies working in remote locations as well as in public locations such as shopping malls, etc.

These things set the stage for holding a series of professional demonstrations for the public and science community as well as lay the foundation to acquire the funding for large scale production.

We are asking YOU to contribute any amount you can as soon as possible. The faster we can raise funding, the sooner we can show quantum technology to the world and continue our work in helping the planet.

Help us with your Bitcoins!

Recently a new system for sending a virtual currency over the internet is gaining support. It is a decentralized, peer-to-peer, world-wide digital currency network. Please look into it if you’re interested in alternatives to PayPal. See Bitcoin.org, the Bitcoin Wiki, CoinBase.com or use your favorite search engine for more information.

ET is excited to see developments such as this and gladly accepts contributions at: 1G6Bu53pQ8ALBhHhBuj52rwTWG8SfsVm2e

Who is involved with this?

Enlightened Technology – a not for profit organization that was formed by researcher, entrepreneur and social activist Tim Martin. Enlightened Technology plays the role of arranging business frameworks, developing marketing strategy, and working with potential philanthropists benefiting WITTS and the mass production of their extraodinary technologies. A team of full-time volunteers is working hard to create new venues for funding, developing distribution, and is proactive to foster public support and education of advanced energy systems such as WITTS quantum energy electric generators.

WITTS – a not for profit ministry whose membership has been comprised of inventors of such notoriety as Nikola Tesla and Michael Faraday. WITTS has acted over many decades to preserve exotic sciences and technologies as given by the inventors so they would be available to future generations at a time of need. The current spokesman has been involved with WITTS for over two decades and has a working knowledge of many advanced technologies and will be making himself a key ingredient in getting these devices built.