‘Green’ Energy: Everything you don’t want, but in lesser amounts

Home‘Green’ Energy: Everything you don’t want, but in lesser amounts

Do we really even need all this?

Many of the alternative solutions to energy generation are not nearly as environmentally sound or practical as once thought. A few common examples are found below. These technologies, although they masquerade as solutions, ARE NOT NEEDED. Not only are they unreliable and difficult to scale, they are also very costly. Profit is typically the primary motivating factor in selling a product, and this is no different. The shortcomings of these ‘technologies’ are cleverly disguised as advantages. How can they support the industrialization of developing countries who simply want clean water, food, and electricity? The obvious answer is, they can’t. New energy technology can. 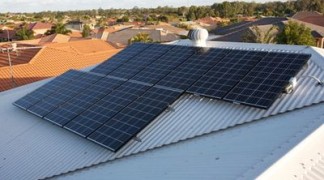 Having been around for decades, photovoltaic panels have had some incremental improvements in their efficiency but have always been expensive given their output capacity. Their output depends on sunshine which makes them impractical for areas that experience overcast skies much of the time. Also, since there is no electrical output except during daylight hours, they require expensive battery banks to store power for when they’re not generating. Batteries require significant maintenance and have a relatively short life span.

The manufacturing of PV cells and storage batteries have undesirable polluting by-products and are material intensive. 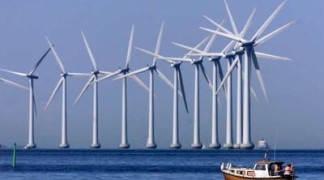 Large windmill arrays or wind farms, are increasingly being used to generate commercial electric power as a competitive alternative to plants that use natural gas, coal or nuclear materials. They still only account for a very small percentage of the electricity consumed.

Wind turbines themselves can be massive and are maintenance intensive since the mechanical components are subject to high stresses. The noise can be intrusive and their overall size may make them an unsightly addition to the landscape.

The only way they are made cost effective is by the substantial subsidies offered by regional governments. Again an intermittent supply. If the winds don’t blow, there is no electricity generated. There is no practical way of storing power at these large scales for use later. 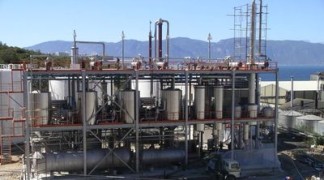 Biofuels like ethanol and biodiesel have been utilized effectively in applications where traditional gasoline and diesel are used. It’s been criticized for it’s use of food crops as a main source of fuel stock. A single SUV fuel tank filled once with biodiesel could feed a person for a year.

To make a significant contribution toward the demands for electric power, the agricultural requirements would be substantial and likely impractical.

Various technologies exist to gather heat energy from sunshine and apply it toward heating buildings or even producing steam used for electrical power generation. Although some of the simpler applications for heating water are effective and useful, large plants are expensive and not well proven. As with many of the ‘green’ technologies, what happens when the sun is not shining?