Tired of living in the stone age? It’s time to change all that!

HomeHomeTired of living in the stone age? It’s time to change all that! 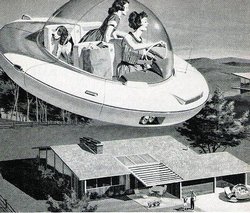 Flying car of the “future”. What happened?

Welcome to the 21st century!

Over the past century, scientist and engineers were predicting an age of modern technological advancement in the coming 21st century. We’d have flying cars, robots cleaning our homes, and all sorts of amazing conveniences to eliminate the menial jobs of everyday living. In the ’60s there was even a television show featuring the iconic Walter Cronkite touting what life could be like in the twenty-first century, though it likely was more of a tool to shape the public’s beliefs rather than inform them about advanced tech.

There were promises of medical breakthroughs that would prolong average life spans to 150 years or more. With new farming techniques, food would be plentiful and available where ever necessary. Mass transit would move people efficiently to their jobs and back home again. Even electricity would become too cheap to meter since the atomic age would provide more than we could ever use. 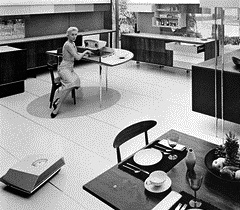 Plenty of leisure time with the automated kitchen.

Even well known science fiction writer Arthur C. Clarke envisioned by 2001 we’d be traveling to other planets and spending our layovers in orbiting space stations. It would seem that either there were a lot of misguided experts wanting to exaggerate the reality of it all, or maybe something else was going on.

Our golden age has been hijacked!

Gerry Vassilatos writes about many who made remarkable discoveries but have been derided or ignored in later science history.

The truth of the matter is that our technological evolution has been sidetracked and inhibited by special interests, greed, corruption and those in positions of influence. It can be hard to admit, but it indeed appears this has been a deliberate plan and conspiracy for a very long time. Important breakthroughs have come about for centuries that have been confiscated, stolen, and suppressed by those who’s framework of control would be threatened. Many of the technologies have been developed and employed in secret by these groups.

Among most prevailing economic systems, decisions consistently based upon maximizing profits above all else have perverted the advancement of humankind to the point of a self-inforced slavery system. Along with the ongoing embargo of truth about the existence of advanced technology and also about the planet’s real history, the people of the world are acting and choosing their future blindly and uninformed.

This can all be turned around. Solutions are readily available. 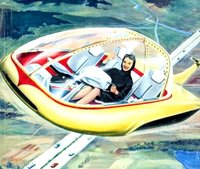 No doubt the issues facing humankind are large ones. Air, water and soil pollution, poor use of natural resources, unsustainable and harmful methods of food and energy production… the list goes on. Not to mention the social mindset that’s been purposely programmed to create a population focused on things of little importance. There’s lots of fixing to do.

Luckily there are those who have been determined to keep the secrets safe and continue seeking the solutions needed to right the wrongs of the past. Numerous technologies have been developed that will have sweeping implications for how we live and learn to become good stewards of the planet.